Welcome to the Skinwell Dermatology Experience 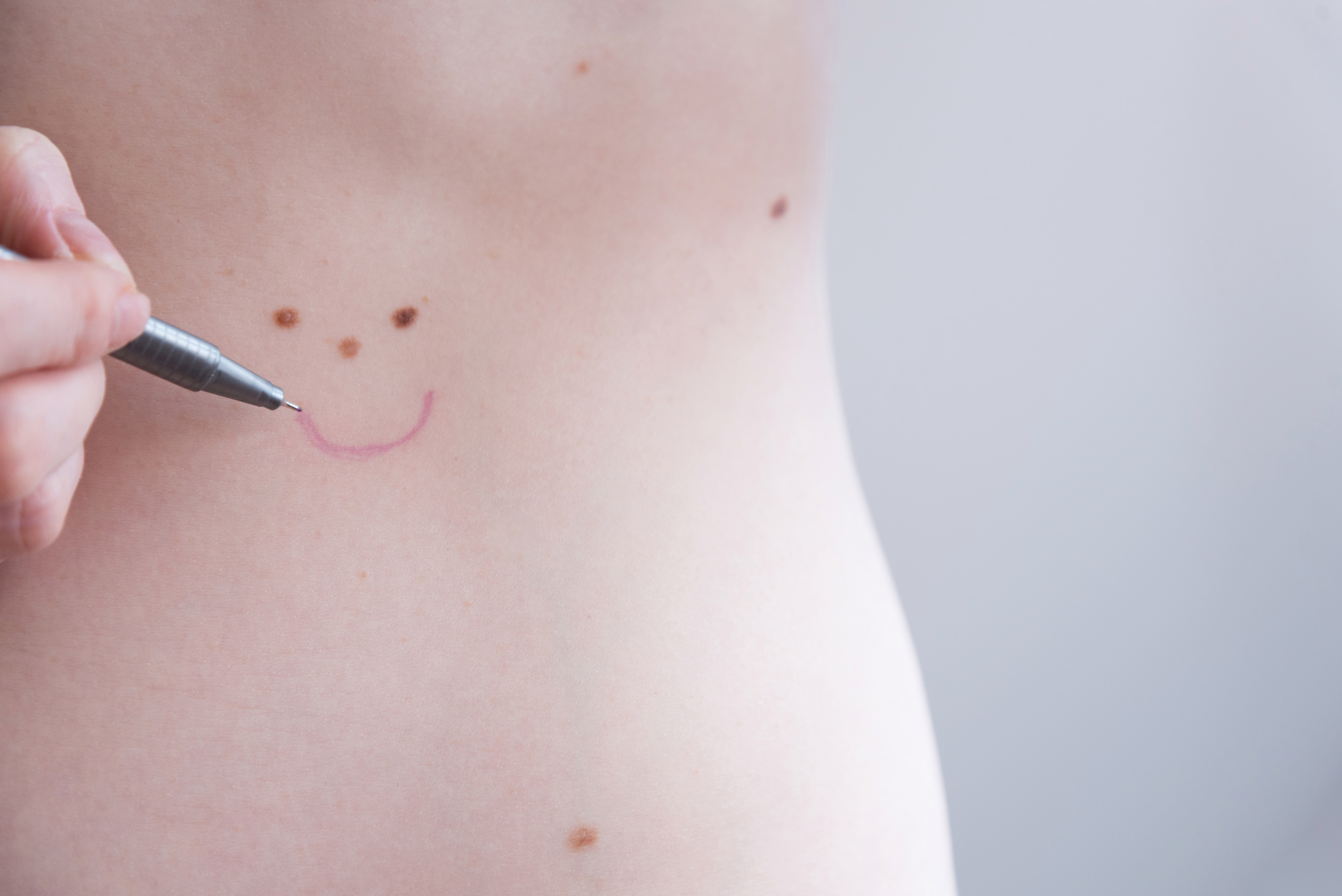 Holy moley!That sure is a lot of moles
Moles, also referred to as nevi are common. Almost everyone has at least a few, but they are more common the lighter your skin is.

Moles come in all shapes and size. They can grow and change appearance while you are a child and adolescent.

However, if you notice a mole change size, shape or color, or your mole starts to itch or bleed during adulthood that is concerning and needs to be examined with a thorough skin check. The reason being that a mole undergoing changes is concerning for cancer. If cancer is present in a mole and it's caught early, they are often highly treatable. This cannot be stressed enough, your moles need to be examined — remember, safety first!

During your skin check, the doctor will examine any moles you are concerned with but also any other moles you may have and discuss what kind of moles these are, and which ones need to be monitored or treated in some way.
What should I do with these moles?
Most moles are normal and require no treatment at all.

But sometimes moles can be bothersome and can be removed. Common complaints about moles include chronic irritation (especially when they are in friction areas) or a person simply doesn't like the appearance. Sometimes moles are in hard to monitor places such as on the scalp or on the back. Othertimes, moles are seen to change their appearance which raises concern for skin cancer.

In all these cases, most moles can be safely removed with a good cosmetic result.
Annual Skin Checks
OUR
signature
SKIN CHECK
Between harmful UV radiation, pollution and toxins, your skin is bombarded with attacks every single day.